We have a lot of support champions to assist us in our fight against the enemy team, but which ones see the most play in the ranked world? From the unconventional supports like Fiddlesticks or Brand to the obvious ones like Leona, who sees more game time? Take a look and see for yourself!

Someone asked, it's time to show you the best Settings and Hotkeys in League of Legends. I'm a Masters League of Legends veteran and these are my Hotkeys and Settings. In short, expect to spend under $800 for a basic laptop for League, powerful laptop – under $1300 and around $1500 for some of the best laptops for League of Legends. The latter will be able to handle gaming way beyond LoL.

I wanted to post to let you all know that there are some crashes related to modifying Mac HUD settings, including modifying scale and minimap position. Unfortunately we weren't able to get a fix in for Mac before the PBE build was prepared, but we aim to have it fixed tomorrow. Solved I need advice on a new laptop or desktop for playing league of legends. Forum Need a Laptop under $450 that can at least run League of Legends at 60fps or more on med to high.

Results are based off of the statistics from February 17 through March 16 of 2015.

10. Alistar - The Cow of Redemption

Coming in last place in the top ten most played support champions is none other than the giant cow we all hate to see charging toward us in League of Legends. Usually this charge is followed by a skillfully timed knock-up in whichever direction we really didn't want to go; or a complete and utter misjudgement shown by the newer cow players.

Alistar is one of the more fun tanky supports to play - mainly because every attempt at an engage can be an adventure or it can show a type of lane dominance made for the professionals. One thing is for sure; with over 350,000 ranked appearances in the past month have left many players afraid of the bull.

The fish out of water takes the number nine slot for this past month with almost 390,000 ranked appearances. This lovely mermaid has saved many of our own lives before - regardless of our own lane choices. What makes her one of the best choices, however, isn't simply her bubble or her tidal wave of terror, not even her heal can compare to what her Tidecaller's Blessing can do for your team.

Tidecaller's Blessing not only adds extra damage to your ADC's (or whomever the little mermaid chooses) attacks, but they also slow whoever or whatever is hit as well. It's like a mini Red Buff. This works too well with any kiting champion (looking at you Kalista) and can really control any poke lane as well.

8. Fiddlesticks - Lord of the Crow

Blitz might be frustrating, but if I ever had to give my opinion on the most annoying support to run against it would definitely be this lanky Devil-spawn right here. Crawling from the fiery depths of Satan's anus, Fiddlesticks makes his appearance on this list - and you'll know it in game. Not only will he make it completely impossible to cast any spells with his silence, his fear have your champion running in circles for as long as Morgana can keep you in one spot. Basically forever.

What can you do about this? Quicksilver Sash may help a little, but that doesn't mean he won't be chasing you with an active Crowstorm right under your feet. Better hope you haven't burned Flash anytime recently!

With the release of Braum came one of the best reasons to ever have a Celine Dion song ready for montage clips. This giant hunk of man has managed to take the tanky support world and completely change what it means. Not only is his engage terrifying (dat passive), his disengage is equally troubling.

Don't forget about his shield though, especially if you think you're going to be doing any damage that day (here's a hint, you won't be). As if all that weren't enough, his slow will keep you at a snail's pace for long enough for him to proc his passive - stunning you on top of the extra damage dealt.

The Mustache has made almost 600,000 appearances this past month in the League, with millions of saves under his belt - so do not underestimate Braum in ranked!

Be honest with yourself, who does more damage - the enemy ADC or the enemy Sona? If your answer was the enemy ADC, you're not facing a good Sona. Heals, she's got them. Speed boost? She's got that covered as well. Poke damage fit for a Nidalee fan? Yep. Don't forget the large AOE stun that you and your team will inevitably get caught in!

With over 741,000 appearances in the past month there's no wonder she got one of the best skins Riot has released. So sit back, relax, and let the music play on.

5. Janna - Mistress of the Wind

If you're against a Janna I hope you're good at dodging her mini-hurricanes; otherwise you'll see your health dwindle down to nothing faster than you thought possible. It's not just her poke that you need to be afraid of, she has the ability to heal off any damage you've done with her large AOE heal of an ultimate.

She's also got one thing going for her that no other support can boast of - she can shield towers. Imagine that you've killed the enemy ADC and you know their mid is heading for you; but their tower has one hit left to it. You attack it right? Wrong. Janna denies your request for extra gold and in return leaves you running with your tail between your legs.

4. Annie - The Bear and the Maiden Fair

With her stunning imagination and a friend named Tibbers, this psychotic little ball of sunshine will keep any ADC/Support combo on it's toes. Every four spells, that's when she'll have her stun up... again. The only thing that could possibly save you from the wrath of a decent Annie player would be a Quicksilver Sash, so you better hope you've got enough damage under your belt already to remain relevant even after spending the gold for it.

Her ultimate is really and truly what makes her an absolute nightmare to go against, as her hatred fueled damage eradicates your health bar as if it never was filled to begin with. Better hope and pray to whatever you believe in her stun wasn't up at the time or you may as well count yourself already dead. Unless you QSS away in time!

Being one of the most annoying champions in the League can really make a lasting impression on the players - enough so to make 1.3 million ranked appearances in the span of 30 days. That means there's been (at a bare minimum) at least 1.3 million grabs in the past month - imagine the frustration you would feel being on the other side of numbers like that!

Blitz has a full combo designed to ensure at least one kill, so if you're not running with a Morgana you better hope your dodging skills are up to snuff or you just may be his next victim.

2. Leona - The Dawn of Justice

If you're against this armored lady you better be ready to take some damage, and quite possibly a lot of it. She'll keep you stun-locked longer than you've ever thought possible before; all the while adding bubbles of light to your face for her ADC to pop for extra damage. With such a reputation, it's no surprise that she's made over 1.4 million ranked appearances in the past month alone.

The only chance you have at avoiding an untimely death would be a QSS or even a Banshee's Veil if you've got the damage to forgo the Mercurial Scimitar instead. The only thing for certain when faced against this CC queen, you may want to just sit back and poke for a while.

1. Thresh - The Thresh Prince of Bel-Air

Your soul is not as safe as you think it is when you're up against the hook master - probably even less than if you were against a Blitz. This monster of a support champion has seen the rounds, from full AP builds to full AD and everything in-between, it's no longer a surprise to see that this support tops our chart with 1.8 million ranked appearances and 5.6 million appearances in League in the past month. 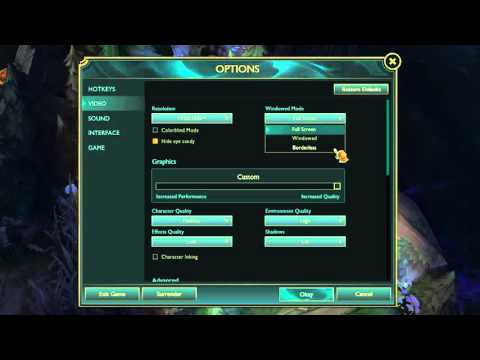 If you're looking to practice dodging, go against a Thresh. By the time he no longer lands any easy hooks on you it's almost guaranteed you'll be an expert at avoiding most other skill shots as well!