Although Apple computers are not somehow magically immune to viruses and other malware, they’ve been remarkably free of such pests for most of their history. But does that mean you can ignore antivirus software?

In 1982, the Elk Cloner virus spread among Apple IIs by copying itself to floppy disks’ boot sectors. Elk Cloner didn’t do any actual damage (the 50th time an infected machine was booted, a poem would appear on its screen), but it certainly perplexed many 1982 computer users, who had never experienced a computer virus before.

Twenty-four years after Elk Cloner, Leap-A emerged. Disguised as an image file, Leap-A modified files on an infected Mac and, when iChat was opened, would send infected files to the victim’s iChat buddies.

Many people thought at the time that Leap-A signaled the end of OS X’s bug-free idyll. But Leap-A managed to infect a grand total of 49 Macs, and in the two years since, the Mac virus floodgates have yet to open: A few proof-of-concept viruses have cropped up, but almost none have been observed in the wild. Question is, why?

Security expert Bruce Schneier credits the Mac’s small market share: “If you’re looking for the masses of naive users, Windows is where to go,” he says. Adam O’Donnell, director of emerging technologies at Cloudmark, agrees. He’s applied game theory to the question and concluded that producing Mac malware won’t be economically viable until the Mac’s market share hits 16 percent (it’s now under 9 percent). O’Donnell says, “There is no economic benefit to investing the time in compromising a Mac when you can compromise 10 to 20 times more systems for the same level of effort by going after PCs.”

But that doesn’t mean you should keep your guard down entirely. Running Windows on an Intel-based Mac—in either Boot Camp or with virtualization software such as Parallels Desktop or VMware Fusion—exposes you to the same security risks as if you were running it on a Dell. And while your Mac might not suffer any ill effects from virus-laden e-mail attachments, you could pass those dangerous files to your Windows-using friends.

Finally, some malicious hackers have turned their talents from writing viruses to setting up phishing sites on the Web, where they hope to dupe you into handing over your credit card information, Social Security numbers, and so on.

By buying a Mac, you’ve already taken the first and best step toward keeping malware off your computer. (It’s striking how many of the security experts interviewed for this article are Mac users.)

Both Symantec and Intego sell Mac antivirus programs: Norton AntiVirus 11 ($50; ) and VirusBarrier X5 ($70; ), respectively. But if you don’t run Windows and you don’t mind passing along virus-laden e-mail attachments to your Windows friends, you don’t need either one.

Symantec and Intego both offer dual-protection products for users who run both Windows and OS X on their Macs. These bundles give you Windows and Mac antivirus apps. Norton’s package costs $70 and includes Norton AntiVirus 11 for Mac and Norton AntiVirus 2008 for Windows, while Intego’s package costs $80 and includes VirusBarrier X5 for Mac and BitDefender Antivirus 2008 for Windows. Each of these packages costs far less than its two programs bought separately; you have to install the Mac program and the Windows program on their respective operating systems.

If you’re worried about passing along infected e-mails to friends, these bundles or one of the stand-alone Mac apps can also scan your inbox for malware attachments. The free, open-source ClamXav () will do so, too, but it’s slow.

As for keeping yourself safe from Web-based phishing schemes, your own common sense is your best line of defense: Don’t give out personal information on a Web site unless you are 100-percent sure it’s legitimate. 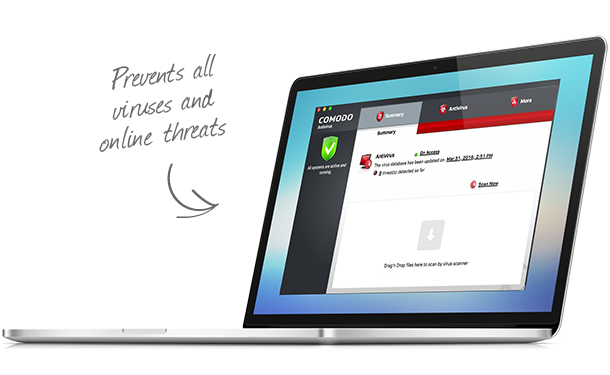 Some Web browsers—notably Firefox and Opera—notify you when you visit a potentially dangerous site. Safari doesn’t, which is why Consumer Reports and some e-commerce companies (including PayPal) recommend using something else. Studies have shown that most users ignore these warnings; they shouldn’t.

Safari users can stay safer by using Agile Web Solutions’ $30 password manager 1Password (). It automatically fills in Web forms, but you can define how much information it’ll give out in specific circumstances. It also compares URLs with the database at PhishTank.com (a community-based phish-tracking site) and alerts you when you visit a suspicious one. Norton Confidential ($50) includes phishing-protection plug-ins for both Safari and Firefox. It compares URLs you visit with Symantec’s database of phishing sites and alerts you if you attempt to visit one. Norton Confidential also protects against e-mail-based phishing attempts.

No matter which operating system you use, there will always be people out there trying to make a fast buck by exploiting known bugs, system vulnerabilities, or lax users. I advise spending your money not on Mac antivirus software but on a good phishing-protection application; at the very least, consider using a browser that offers built-in phishing protection. Your Mac’s file system is probably safe from malicious hackers, but your identity may not be.

[Scott McNulty is a senior contributor for MacUser and blogs at blankbaby.]

In an era when malware is a looming threat to personal computers—not to mention smartphones, routers, and even TVs—the benefits of antivirus software are obvious. But given the wide range of options, it’s tough to choose the one that provides the best protection. Despite constant threats, many people choose to go without any at all.

That’s why we put 30 antivirus programs, including a dozen free offerings, to the test, exposing computers running Windows 10 and macOS to a host of malware samples and malicious websites.

To evaluate the programs’ scam-fighting capabilities, we tossed in 200 phishing web pages, too. These are sites that try to trick consumers into providing sensitive information, such as passwords. And then we looked at how easy each AV program was to use and whether its operation had a negative effect on the computer’s overall performance.

For a full breakdown of the test results, Consumer Reports members can consult our updated ratings. And here are some recommendations and tips based on what we learned.

You don’t have to pay for solid AV protection.Bitdefender Antivirus Free Edition got high marks from our testers for its ability to stop threats. Avast Free Antivirus 2019 and AVG Free Antivirus 2019 also performed well. The Windows 10 Defender software that comes installed on new Windows computers is not quite as strong as those first three, but it still offers considerable protection.

Paid programs have extra benefits. Shelling out money—generally $60 to $80—does get you a few perks, says Richard Fisco, who heads electronics testing for CR. Case in point: In addition to its top-rated malware-fighting abilities, Bitdefender’s paid version offers a firewall, a spam filter, parental filters, and a password manager. Other paid products provide anti-ransomware features, and email and/or banking protection.

Another benefit? With a paid program, you don’t get peppered with pop-ups asking you to upgrade from the free version, Fisco says. “They can be almost as annoying as adware that pops up on social media and other websites and constantly bugs you to buy something,” he adds.

But opening your wallet does not guarantee you a better product.Malwarebytes Premium, $65, scored lower than Windows Defender without offering any meaningful extras. McAfee AntiVirus Plus, $60, and Panda Dome Advanced, $95, also score lower overall—but they do come with some notable extras, including firewalls.

Yes, Macs need AV, too. Less malware is aimed at Macs than at PCs, but that’s changing, Fisco says. The amount of malware written for Macs continues to rise. And while Windows PCs have Defender built in, Macs don’t come with anything comparable. As a result, Apple fans can’t afford to ignore cyberthreats any longer.

“And if you don’t protect yourself and you get an infected file,” Fisco says, “you can pass that malware on to a friend with a Windows PC.”

Download the software from trusted sites. If you click on a pop-up ad promising free AV protection, you could easily end up with malware on your computer. These ads are a common scam employed by cybercriminals. To be safe, go straight to the source and manually type in the web address for the company that offers the product you want to use.