iTunes on Windows is terrible. Launch it, and everything comes to a screeching halt as iTunes consumes all your resources to do the most basic of things: play some music.

Not only that, but year after year, it seems iTunes’ interface gets worse and worse, confusing even the savviest of computer users.

Whatever your reasons for hating Apple’s music player, you’re in luck. Windows has more great music programs than you can shake a stick at, many of which are more powerful than iTunes anyway. Here are a few of our favorites.

MusicBee: The Do-Everything Player for Most People

MusicBee is the jack of all trades of the Windows music world. It does a lot of things well, and it does them all for free. Other players may excel more in certain areas, but MusicBee aims to please everyone.

Think of MusicBee like a modern, lighter version of Winamp, without a lot of the cruft. It has a familiar interface for iTunes converts, but you can move things around and customize the window to your liking, adding extra panes for lyrics, now playing, artist bios, and more. It also has a very active skinning community, which means you can get it looking pretty snazzy without a lot of work. It even supports some Winamp plugins, so you don’t have to give up those super-custom features you’ve come to rely on.

It can sync music to Android phones and other non-iOS devices, and convert tracks on-the-fly if they aren’t compatible with your player. It has native support for Groove Music and last.fm, can auto-tag your library, rip CDs, and will even appease audiophiles who require WASAPI support.

On top of all of that, it’s pretty fast, at least for small and medium sized libraries, and updated pretty frequently despite being a one-man operation. Its forums and wiki are also great resources, and the developer is pretty active in helping people with problems.

If you’re feeling overwhelmed with all the options on Windows, it’s hard to go wrong with MusicBee. Give it a try—you won’t be disappointed.

Despite the glowing review above, I don’t actually use MusicBee myself. I use our second favorite pick, MediaMonkey, which is arguably more of a true iTunes replacement. Why? Because MediaMonkey is one of the only music players that can sync your music to iOS devices, including iPhones and iPads. (You still need iTunes installed, but you never have to open it—MediaMonkey just needs the drivers that come with it.)

Apart from syncing, MediaMonkey excels at organizing the heck out of large, unweildy libraries. It may be a little slower than MusicBee for normal-sized libraries, due to the style of database it uses, but if your library is enormous, it will excel when other players fail. Its tagging features are second to none, letting you auto-tag your music or meticulously fill out the metadata with its robust tag editor. It lets you move around interface elements to customize it just the way you want, and even has a few different skins (though the skinning community isn’t as active as it once was). It even supports add-ons for extra functionality.

MediaMonkey has one main downside: some of its more advanced features (like smart playlists, automatic organization, or on-the-fly conversion while syncing) require a paid license. MediaMonkey Gold is $25 for the current version or $50 for a lifetime version. Some people may not need these features, but if you do, it can be annoying to pay for them—especially since MusicBee offers many of them for free. But if you need iOS syncing, there’s no getting around it: MediaMonkey is your iTunes replacement.

foobar2000: Customize Your Music Player from the Ground Up

Are you a customization nut? Are MusicBee and MediaMonkey just not configurable enough for you? If you really want to tweak every single pixel of your music player’s interface, welcome to your new heaven: foobar2000.

foobar2000 is not for the faint of heart. When you first start it up, you’re given an extremely basic, lightweight interface (like the one shown above). And maybe that’s exactly what you want—but foobar2000 really excels when you start to customize it. You have full freedom to craft the look of the player just how you want with skins, different panel organization, and so on. You can include features like auto-tagging or CD ripping as “optional features” during the installation, and foobar2000 has plugins for just about anything you could imagine. Basically, you’re building your own custom player from (almost) nothing.

Don’t believe me? Look around the internet for threads of people showing off their foobar2000 setup. You’ll see countless screenshots that don’t even look like the same player. That’s how much customization foobar2000 offers. You just need to be willing to put in the work.

Apart from that, foobar2000 is also popular with audiophiles for its plethora of advanced playback options and plugins. If you’re really, really serious about your music, foobar2000 is an open sandbox for you to play in.

Tomahawk: Combine Streaming and Social Into One Program

If you can’t decide between your local music library and streaming services, Tomahawk does a decent job of combining them all. It supports streaming services like YouTube,Spotify, Rhapsody, Tidal, Amazon Music, Google Play Music, OwnCloud, Subsonic, Jamendo, and Bandcamp. It can also plug into more social tools like Jabber and Hatchet, plus music charts like Billboard, iTunes, Metacritic, and more. (Note that for some of these services, like Spotify, you’ll need a premium account in order to access them from Tomahawk.)

In short: Tomahawk aims to combine the many, many sources of music out there into one program, with a social twist. You can create your own custom stations, listen to what your friends are playing, drop and share songs, and have songs shared with you. It can be a little slow to search so many services at once, but probably not as slow as starting up a bunch of different apps to search their individual catalogs.

If you’ve started to move beyond local MP3 libraries and into the new millennium—but still want everything in one place—Tomahawk might be for you.

There are more iTunes alternatives than we could ever go through in one article—AIMP, Clementine, Windows Media Player, VLC, and even the I’m-not-dead-yet Winamp are still solid choices for many. You could spend days searching for your favorite replacement. But we think the above choices are good places to start—they are, by far, the best we’ve used. 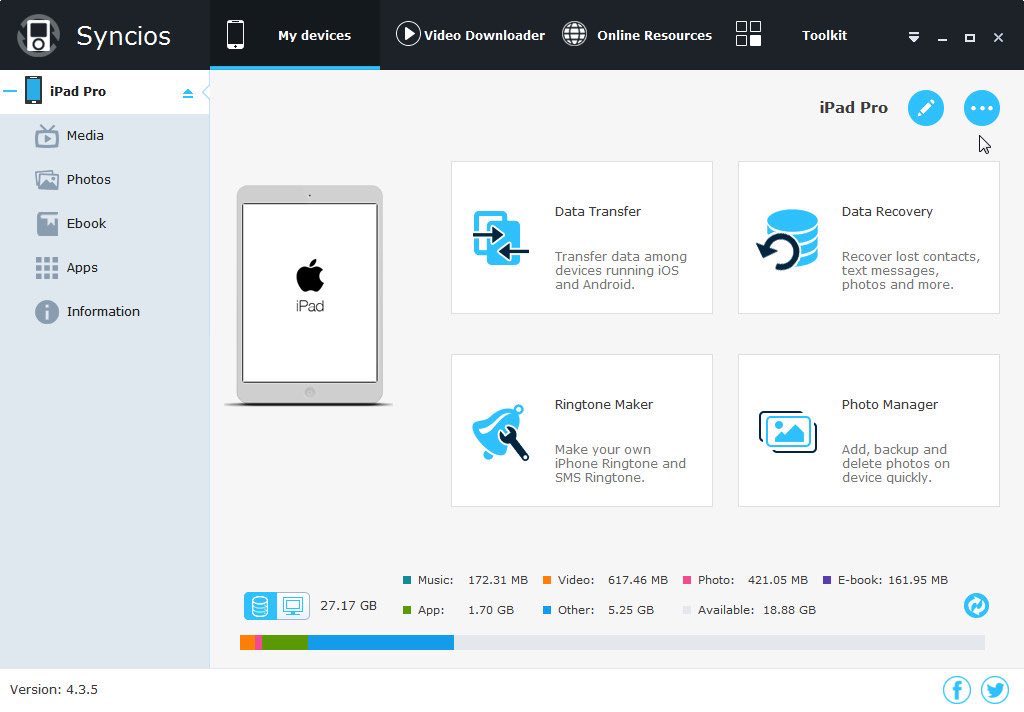